Home > News > Heading for the Rapids? 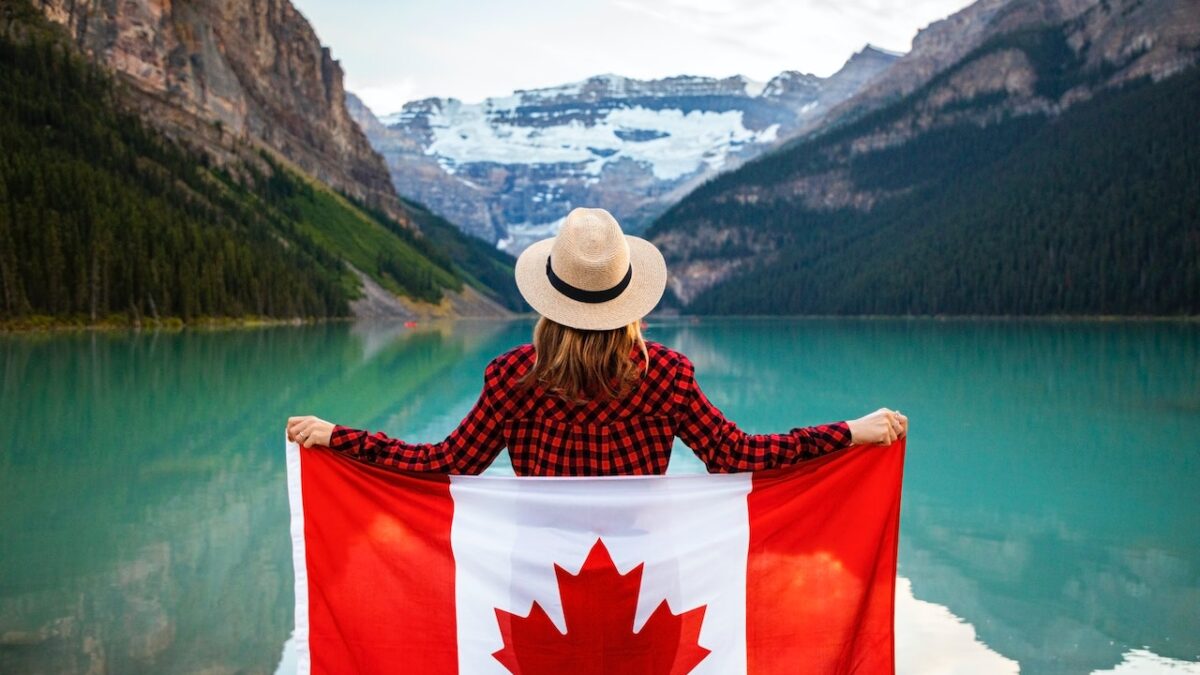 Heading for the Rapids?

A primer on upcoming scenarios in Canadian politics

October 2022 – check in a few years against how it turns out!

Yes, we just had an election a year ago and, in March 2022, the governing Liberals secured a “supply and confidence agreement” with the NDP that is intended to keep them in power until the fixed election date of October 20, 2025.  The Conservatives just finished a leadership race that selected frontrunner Pierre Poilievre as the winner. In theory the next three years should be a window of relative stability, an opportunity to get things done, or at least to wrestle with the big challenges of the day.

Nevertheless, it isn’t too early to cast an eye to the far horizon and the scenarios for the period just before and just after the next federal election. About a year from now this kind of forecasting will move from providing filler for political pundits to serious planning by a myriad of associations and lobbyists, and by teams within the public service who think about being ready for the next mandate.

What follows is a scan of eight main scenarios. It doesn’t worry about who the leaders are, nor does it attempt to weigh all the factors that will shape the election outcome. For example, where will the economy be in 2025?  Will the pandemic have settled into something less malevolent or come roaring back with new variants? Will Donald Trump be back in the White House? How did the war in Ukraine turn out? Rather, it is a look at the outcomes and their implications for governing.

Spoiler alert: it doesn’t look promising. The least likely scenarios are a four-year window of stability and there is a good chance of a period of considerable turbulence. Canada may be running the rapids from 2024 to 2026 with lurches in policy and priorities and political leaders who focus on week-to-week survival.

The following doesn’t attempt to assign probabilities to each scenario. I leave that to you.

Justin Trudeau revives his party’s flagging poll numbers and with a bit of fortune in close races achieves a fourth mandate – a slim majority, or close enough that he can govern without being beholden to one other party, as he did in his second mandate. The issue of succession moves to the window around 2028 and the incumbent government embarks on another cycle of governing.

Justin Trudeau steps down in 2024 and his successor as leader is able to secure that fourth mandate – a rare feat but not unknown. Kathleen Wynne won Ontario after three terms by Dalton McGuinty. John Turner and Kim Campbell couldn’t pull this off. As we saw when Paul Martin followed Jean Chretien in 2003, the new Liberal PM may be anxious to demonstrate differentiation rather than continuity in the lead up to 2025. Like Paul Martin’s, the new Liberal government may last only a couple of years, leading to another election in 2027.

Conservative leader Pierre Poilievre is able to keep the factions in his party aligned, minimize defections, keep Max Bernier’s Peoples Party in check, and catch a wave of “time for a change”.  This is more or less similar to Mulroney’s victory in 1984, Chretien’s in 1993, and Trudeau’s in 2015. The main countervailing forces to a Conservative majority would be the table of 13 Premiers and the Senate, which will be dominated by Trudeau appointees. For reference, look up Brian Mulroney’s appointment of eight extraordinary Senators in September 1990  in order to pass sales tax reform for a reminder of past confrontations.

For the political scientists, there are two variants of this – one where the Liberals are soundly rejected, as the Conservatives were in 1993 and the Liberals in 2011. The NDP becomes the leading Opposition Party, with implications for post 2025 politics. – and a second where the Liberals salvage a decent showing and start plotting their comeback or seriously consider a merger with the NDP. Don’t forget both the Conservatives and the Liberals outlived the obituaries written for them at the time of their defeats and eventually returned to power.

Meanwhile, post 2025 the Conservatives press on with governing through four sessions of Parliament and four federal budgets.

The wave of change doesn’t carry the Conservatives to a majority (Harper in 2006) and a new Conservative PM surveys a House of Commons where only the Bloc Quebecois may be amenable to deal-making. There may be a few Peoples Party MPs that can be induced to cross the floor or vote with the government or even a few Liberals (Google David Emerson January 2006) or perhaps a few dissident Conservatives who bolted after the leadership was decided back in 2022.

Whether this provides a platform for stable government depends on the arithmetic in the House of Commons and the perceived strength of mandate and momentum. Like Harper in 2006, the new Conservative PM may be able to bluff his way through for about two years and try to engineer a victory in 2027. On the other hand, the new Conservative government may be as short lived as Joe Clark’s 1979 minority government and another election could follow in 2026. Any number of issues could bring the other parties together to defeat them.

The arithmetic of the post-2025 House of Commons leaves Conservative plus BQ as the only workable majority. They find common ground in rolling back the federal government. The new government focuses on federal spending programs and regulatory laws, reduces conditionality on federal transfers to the provinces and turns over much of environmental assessment to the provinces. For the Conservatives they achieve smaller government and the BQ achieves greater autonomy for Quebec. Premiers will line up on different sides on whether this is a good direction for the federation and the Senate becomes a key battleground.

Somewhere in the course of the 2025 campaign many voters who had voted Liberal before conclude they want a change, but not the one the Conservatives are offering, and the tide carries the NDP to the most seats.  A majority is possible, but a minority more likely.  The new NDP PM surveys the arithmetic of the new House of Commons.  His options are to form a real coalition with the battered Liberals, inviting some to join his Cabinet, or to flip over the confidence and supply agreement of 2022 into to a new one that secures a period for an NDP Cabinet to move ahead on incomplete initiatives like pharmacare.  A key for the NDP would be whether to spend precious time and political capital on electoral reform, which could lead to a national referendum as soon as late 2026. (look up the BC referendum of 2018).

The Conservatives come out with the most votes and seats and do start to form a government because the Opposition feels it has no choice but to concede. The Conservatives may name a Cabinet, fire some people, appoint others and take actions within the powers of the executive. The new PM may even get to represent Canada at an international summit or two. However, by the time they are able to convene Parliament the “progressive” Opposition parties have sorted out their leadership, agreed on a common agenda and mustered the courage to immediately defeat the new government.  This was the fate of Ontario Premier Eves in 1985, BC Premier Christy Clark in 2017 and New Brunswick Premier Brian Gallant in 2018.

One variant of this collision leads to a second election in 2026 , but with the zombie Conservative government holding the executive levers. We will be discussing the “convention of restraint”.

A second variant is that after defeating the Conservatives the Opposition parties form a viable government that is able to start up Parliament, table a budget and a few key bills and then calls an early election to secure a full mandate. Either way the winter and spring of 2026 are turbulent.

The first past the post system could generate an outcome where the Conservatives win the largest share of votes and the largest number of seats but do not get to form a government.  If the Liberals and NDP together have a majority of MPs and can agree that the incumbent Liberal PM should carry on, they can convene the House and present a Speech From the Thone to it, asserting the Westminster principle that what counts is securing confidence of the House. The PM going into the election would still be the PM while this unfolds.

This scenario would have already been discussed, heatedly, during the election campaign and party leaders could have already pronounced on it, reducing their flexibility. It raises some unpleasant scenarios where the Conservatives do not accept the outcome gracefully. They may challenge the count in certain constituencies, demand the right to form the government and assert that any other Parliamentary configuration would be a “stolen election” or “undemocratic”. We would talk a lot about “convention” and “legitimacy”. The ugliness we saw in Ottawa in February 2022 may return on a bigger scale.

Each of these eight scenarios has implications for policy directions. The election campaign in 2025 will have a lot of influence on the post election agenda but it won’t be binding. Once in power governments may choose to drop commitments or to do things they didn’t talk about during the campaign. Check against delivery. Stuff happens and a lot of governing is responding to shocks and surprises:  Stephen Harper encountered a global financial crisis after his win in 2008 and Justin Trudeau faced a sudden global pandemic after his win in 2019.

Some of these scenarios are more interesting for those of us who are interested in governance and institutions. They may revive pressure for electoral reform, or Senate reform or abolition. Who knows, the role of the monarchy may suddenly come into focus with the death of the Queen. Some scenarios may lead to redrawing the shape of our federation, again.

For everyone who works for or around the federal government there is a good chance that rapids lie ahead. Look ahead and hang on tight. 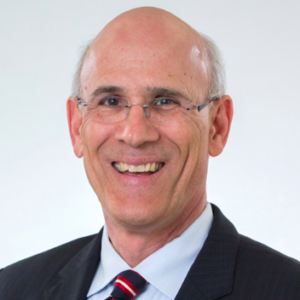