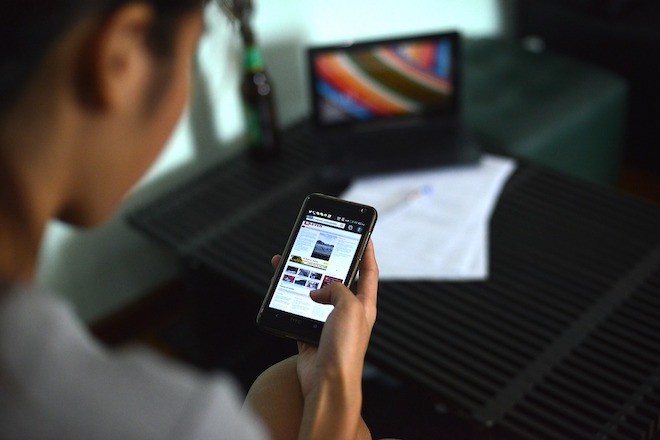 Where the infodemic came from and where it’s headed

The United Nations Secretary-General, Antonio Guterres, observed in April 2020 that the Covid-19 global pandemic had unleashed a “dangerous epidemic of misinformation”, which threatened nations and societies as much as the coronavirus itself.

In addition to the pandemic, policymakers faced a tsunami of harmful and unfounded health advice, falsehoods in traditional media and social media, and racially charged discrimination against minorities.

To combat this global “misinformation pandemic”, Guterres emphasised the importance of trust as a vaccine. He pointed to the need to restore trust in scientific expertise to combat online conspiracy theories, trust in institutions “grounded in responsive, responsible, evidence-based governance and leadership”, and trust in our fellow citizens, based on mutual respect and human rights.

The push and pull of misinformation

Survey data from a variety of sources has been pointing to declining levels of trust in social, economic and political institutions, in people that we do not know, in people from other countries and those who are culturally different, and in expert opinion. The OECD has observed that “trust is an essential, yet often overlooked, ingredient in successful policy making”, affecting social cohesion and community well-being, and the preparedness of citizens to comply with rules and regulations.

We are going to need to move beyond simply documenting evidence of mistrust, and start to develop meaningful trust metrics that can track changes in trust over time, and different levels of trust across countries and between social institutions

In times of crisis such as the Covid-19 pandemic, the attitudes of people and organisations to public institutions and policies come sharply into focus. A natural effect of the Covid-19 pandemic is a massive demand for information from both citizens and policymakers: policymakers need information to track and trace the virus, and citizens need quality information to protect themselves and their loved ones. Information needs have been defined as “‘an adaptive human mechanism that drives humans to seek out, recognise, and then adapt to changes in their social and physical environments”’. In the case of the pandemic, the personal and public health impacts are serious, the virus is easily transmitted between people, and outbreaks are difficult to localise, all fuelling the need for information.

Considerable attention has been given to the role played by both traditional news media sources and social media in meeting — or failing to meet — information needs in the Covid-19 pandemic. But while we have a growing body of information about “supply-side” factors behind the circulation of online misinformation (who circulates misinformation, and to what ends), we know less about the “demand-side” factors underpinning it: which groups in society are most likely to believe (or come in contact with) misinformation, why is it circulated through social media, and what psychological needs is it meeting?

Trust is in vogue, but that’s not always been the case

The study of communications provides significant insights into such questions around trust. My own research has found that, over a 60-year period, interest in trust among communication researchers has ebbed and flowed.

In the 1970s, trust was a key variable in what was known as the “cultural indicators” approach to studying the mass media pioneered by George Gerbner. What Gerbner and his colleagues at the Annenberg School of Communication found was that exposure to violence in mass media did not lead directly to acts of violence (the “strong effects” model), but rather it could promote perceptions of a “mean world” where the threat of violence seemed constant, even if this was not matched by actual experience. Gerbner’s group found that this could be a particularly strong sentiment among the most disadvantaged sections of U.S. society.

There was less research into trust and communications in the 1980s and 1990s, although related categories such as the public sphere became increasingly important in English-language scholarship. In the 2000s, work in the field flourished, as the rise of the Internet and social media raised new questions about whether you can trust people, institutions, corporations and governments in online interactions. It also became apparent that the question of trust in communication needs to be deconstructed into three elements:

The last of these has been a major focus area for global trust research in the 2010s and 2020s. declining levels of trust in the political institutions of liberal democracies, the rise of populism, corporate scandals, and growing disenchantment with economic globalisation among the “left behinds”, have all provided fertile ground for trust research, both in communications and across the social sciences. As the Edelman Trust Barometer studies have noted, there has been a decline in trust over two decades, which is most apparent among those populations that are not part of political, economic, cultural or informational elites.

The pandemic is a test lab

A lot of focus in trust studies has been on the media. We worry about “post-truth” communication, the professional ethics of journalism, the crisis of news media business models, and the willingness of technology companies to respond to the spreading of mistruths on their digital platforms. This work remains vitally important.

At the same time, we are going to need to move beyond simply documenting evidence of mistrust, and start to develop meaningful trust metrics that can track changes in trust over time, and different levels of trust across countries and between social institutions. The Covid-19 pandemic has in that respect provided a global, real-time experiment in the degree of trust that citizens have in their governments, and their preparedness to modify behaviour in response to the advice of public health authorities.

This piece originally appeared on Apolitical, the global network for public servants. You can find the original here. For more like this, see Apolitical’s government innovation newsfeed.

The future of AI in healthcare

Three ways to manage up

Drones can transform cities for the better — here’s how

Telling the story behind the policy — 3 tips for policymakers

Coronavirus: How governments can tackle the ‘infodemic’

How a living lab can solve your service needs

Government and Artificial Intelligence: From hype to strategy